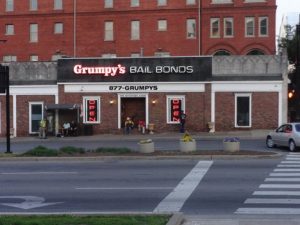 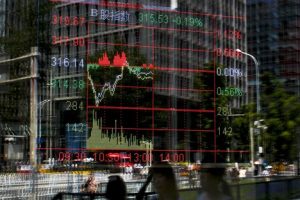 Bail Bloc is a new app that has users donate a portion of their computer’s processing power (around 10%) to mining Monera to help post bail for low-income defendants, according to Investopedia.

Moneros are mined at the end of the month using the donated power and then exchanged for U.S. dollars which are then donated to the Bronx Freedom Fund, a non-profit that helps post bail for those with low-level offenses who can not post their own bail.

Typically if people can not afford their bail, they are held until the trial date.

Bail Bloc say they anticipate generating an average of $3 to $5 per month per user and do not collect personal information and only temporarily stores IP addresses.

“It might not seem like much, but because of the revolving fund model (meaning funds revert back to source, when the defendant shows up for a court date), it adds up quickly,” the app’s creators explain on their website.

The Bronx Freedom Fund was able to help post bail for over 600 people in 2017 and is based out of New York City, but hopes to expand its operations nationwide soon.

Dark Inquiry is the arts and technology collective responsible for the invention and calls it a “rhetorical software project.”

JJB Rubinovitz is an artificial intelligence engineer who worked on the project and told New Yorker magazine that she did not “want the project to be all talk.” As a result, the project is designed to expose “the anti-human logic of dominant technological power.”

The app’s founders said that they wanted to ““weaponize excessive computing power against the Prison Industrial Complex.”

An activist and co-creator with the project, Grayson Earle, said that even if ““a single person out on bail with this…it will have been worth it.”

“100% of the funds raised will be utilized by the Bronx Freedom Fund, who have boots on the ground to actually do the labor of getting people out on bail. It takes an army to make this work, so everyone needs to share it far and wide. If we get 10,000 users, potentially thousands of people’s lives will be touched by this project. Cases will be dismissed. Plea bargains will be turned down in favor of fair trials.”