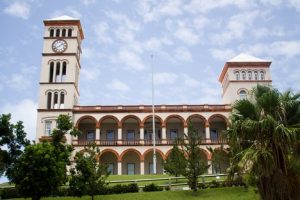 The government of Bermuda announced that it was forming a blockchain task force to help cryptocurrency grow in the British overseas territory this week, according to CoinDesk.

“There are significant opportunities in the sphere of cryptocurrency, but that window is getting smaller and moving faster than ever before,” said John Narroway, chair of the Blockchain Business Development Working Group.

Narroway also said that the working group would examine the opportunities in the cryptocurrency ecosystem and would be “zeroing in” on the “key” areas for further action.

The Bermuda Business Development Agency (BDA) agreed to partner with the government in order to expand the initiative.

Ross Webber, CEO of the BDA, said they hope to bring new business to the island which would help improve employment and boost the GDP.

Premier Burt also said there were plans to begin a regulatory framework for distributed ledger technologies (DLT) that would begin next year since Bermuda “is considering a complementary regulatory framework covering the promotion and sale of utility tokens, aligned with the DLT framework.”