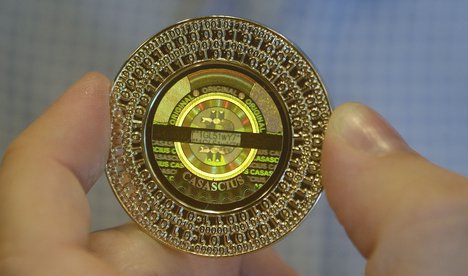 The Smart Dubai Office (SDO) group was awarded top honors at the Smart Cities Expo and World Congress in Barcelona, receiving the City Project Award from among 308 other teams for their Dubai Blockchain Strategy, Cointelegraph reported Monday.

The blockchain technology system is designed to allow the Dubai government to create a complete system enabling government transactions to take place on encrypted databases by 2020, the report said.

In addition, the project is hoping to create new standards for Blockchain technology, the report said.

“We, at Smart Dubai, plan to go beyond simply applying Blockchain technology in our operations,” West Lootah, CEO of SDO said, adding “in fact, we are currently working to outline the first set of international standards for Blockchain application in government. We are confident that our experience will inspire cities around the world and bring forth new opportunities to implement Blockchain in all walks of life.”

Dubai has been embracing Blockchain technology and cryptocurrencies in a number of areas and appears to be a leading contributor in the marketplace going forward among national governments, the report said. Particularly, the report said, the announcement the government would issue the first-ever state cryptocurrency shows immense adoption levels.