During times of crisis, people often look to hard assets such as gold, the report said, to preserve their wealth.

However, recently, bitcoin and other cryptocurrencies have eaten away at gold’s market share, the report said, and it would come as no surprise to experts if Zimbabweans follow that trend.

Bitcoin, Cryptocoinsnews reports, already trades at an astronomical premium in Zimbabwe, primarily because of an extreme cash shortage and tight capital controls implemented to keep physical currency within the country.

Interestingly, the country nominally uses the U.S. dollar as its official currency, the report said, since the lack of physical dollars caused the government to print bond notes supposedly pegged to dollars at a one-to-one ratio.

However, the government has been inflating the “zollar” supply at a pace far above the official, dollar-denominated rate of 0.38%. Consequently, Reuters reports residents have been pouring their money into any value-retaining asset they can find — including bitcoin.

“There is inflation setting in in Zimbabwe and bitcoin is an interesting store of value,” Taurai Chinyamakobvu, a tech and blockchain expert in the country, told Cryptocoinsnews in a recent interview.

This increased interest in bitcoin — along with the inflation of the zollar — has caused the bitcoin price to surge as high as $13,900 on Harare-based bitcoin exchange Golix, the report said. At present, the exchange prices bitcoin at $13,350 — a full $6,100 above the global average. 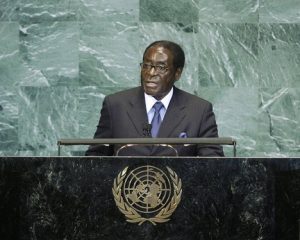