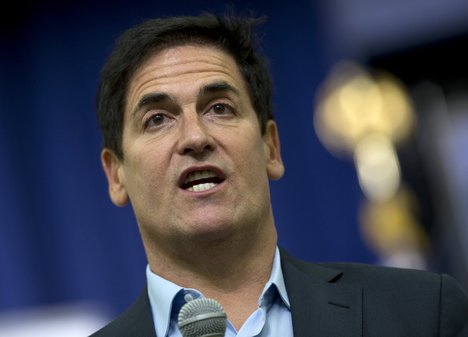 Billionaire investor and entrepreneur Mark Cuban has a new video out called “Mark Cuban’s Guide to Getting Rich” in which he offers advice on the best way to build wealth– including adding bitcoin to your portfolio, Cryptocoinsnews.com reports.

The Dallas Mavericks owner tells investors, “If you’re a true adventurer, and  you really want to throw the Hail Mary, you might take 10 percent [of your savings] and put it in bitcoin or ethereum.”

Cuban, a long-time bitcoin skeptic, has called the cryptocurrency boom a bubble on several occasions, the report said.

In the past, he has referred to bitcoin as “more religion than asset” and compared it to a digital baseball card.

However, Cuban is not convinced bitcoin — which soared to an all-time high above $6,000 on Friday — will prove to be a revolutionary asset, the report said.

Surprisingly, Cuban himself has recently invested in a Bitcoin ETN, as well as at least one initial coin offering, and he says those who are willing to stomach the risk should consider putting a small portion of their investments in these types of assets, too, the report said.

His advice: “You’ve got to pretend that you’ve already lost your money.”

“It’s a flyer, but I’d limit it to 10 percent,” he adds, perhaps cautioning investors against liquidating their possessions or taking out loans to invest in cryptocurrency, the report said.

Interestingly, however, his 10 percent investment target is significantly higher than that of hedge fund manager Mark Yusko, a stock market bear who believes the bitcoin price could reach $1 million within two decades, the report said.

Yusko advises investors to invest 1 percent of their assets in bitcoin today and to allow that percentage to grow along with the value of bitcoin. 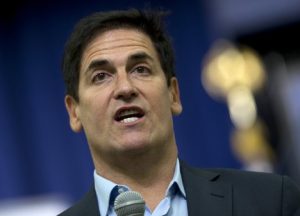 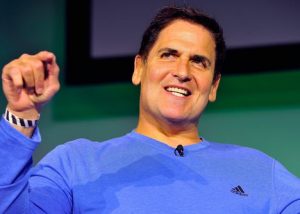