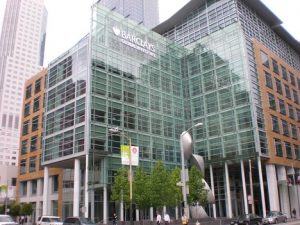 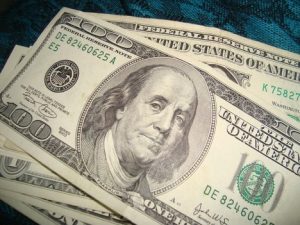 BlackRock CEO Laurence D. Fink took a sharp critique at the cryptocurrency bitcoin on Friday, saying that it was an “index of money laundering,” according to CNBC.
“Bitcoin just shows you how much demand for money laundering there is in the world,” Fink, the head of the largest asset management firm in the world, said at an Institute of International Finance meeting. “That’s all it is.”
The cryptocurrency has been able to shrug off a slight decline earlier this year in September and rebound to hit a record high again on Friday, breaking above $5,800.
Bitcoin is also up 470 percent this year.
Many figures from Wall Street have been critical of bitcoin, while some have started to come around to the idea and embrace the cryptocurrency.
Tom Lee from Fundstrat said he sees bitcoin moving up to $6,000 next year while value investor Bill Miller reportedly owns bitcoin.
JPMorgan Chase CEO Jamie Dimon has a dim view of bitcoin, calling people who own it “stupid” just days after a post-earnings conference call where he said he’s “not going to talk about bitcoin anymore.”
Previously Dimon called bitcoin a “fraud,” and said “it’s worse than tulip bulbs. It won’t end well.”
-WN.com, Maureen Foody