The flash crash saw the price per dollar of the ethereum token plummet from $365.79 to 10 cents, before quickly recovering, the report said.

Quoting unnamed sources, Bloomberg reported the CFTC is specifically looking into what role margin trading may have had in the sudden crash, as Coinbase had allowed traders to borrow money from the platform to make larger trades.

In March, Coinbase began offering margin trading services before suspending them following the flash crash, Coindesk.com reported. Information listed on the website says in order to be legally eligible for margin trading, participants had to conform to one of several conditions – for example, holding over $10 million in assets elsewhere.

Coinbase, based in San Francisco, received a letter from the CFTC, sources told Bloomberg, questioning its margin trading practices, among other enquiries.

For its part, Coinable told Bloomberg “as a regulated financial institution, Coinbase complies with regulations and fully cooperates with regulators. After the GDAX market event in June 2017, we proactively reached out to a number of regulators, including the CFTC. We also decided to credit all customers who were impacted by this event. We are unaware of a formal investigation.”

While Coinbase is not registered with the CTFC, the report said, it holds licenses with a number of regulators across different U.S. states.

Adam White, general manager of Coinbase’s GDAX market told Bloomberg at the time of the flash crash it was prompted by a trader selling $12.5 million worth of ether, causing others to panic sell in what White called “a rapid, cascading event.”

The crash was over almost as soon as it had started, with ether’s price back to around $300 within 10 seconds, the report said.

However, Coindesk.com said, the fall triggered a margin call, liquidating positions held by leveraged traders. GDAX later moved to issue refunds to those who had lost funds in the event.

Last year, the CTFC sanctioned another cryptocurrency exchange, Bitfinex, for not respecting margin trading laws, among other infringements, the report said. 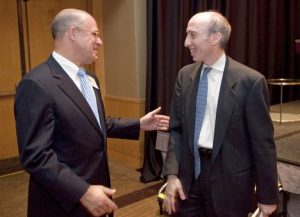