Only a month after the fast food giant Burger King launched its own blockchain token called Whoppercoin in Russia, the company was questioned by the Izmailovo inter-district prosecutor’s office over its new cryptocurrency, according to Bitcoin News.
A Burger King representative told RNS that the company had received two notifications from the prosecutor’s office: first on Sept. 13, then on Sept. 19 that had “an invitation to the Izmaylovskoy prosecutor’s office on behalf of the prosecutor’s office in Moscow.”
“On the instructions of the Moscow Prosecutor’s Office, information was checked that we issued a cryptocurrency and started making payments with it. Accordingly, we were summoned to be reminded that within the territory of the Russian Federation the turnover of any currency other than Russian rubles was banned and all details of this project were clarified.” 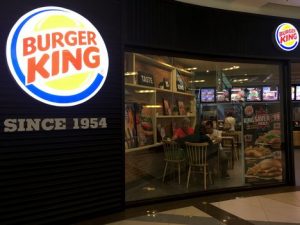 The Burger King platform lets users who download their wallet issue their own coins and trade them with other Waves wallet holders, while a decentralized exchange built into Waves wallets also allows the tokens to be traded with other cryptocurrencies along with fiat currencies.
Whoppercoins “will be used to reward customers for their purchases, and can be used to buy burgers in return when enough have been accrued,” Waves detailed at the time.
“The initiative is being run by Burger King Russia. Whoppercoins have already been issued, with a supply of 1 billion (further Whoppercoins can be issued if required). Customers will receive one Whoppercoin for every rouble they spend (1 USD = 59 RUB), and a Whopper burger can be purchased for 1,700 Whoppercoins.”
The prosecutor’s office was asking Burger King to describe what a Whoppercoin is and how it works, while also requesting a statement concerning that it did not conduct a mass issuance of Whoppercoins.
Burger King representatives insisted that the company did not break any laws.
“In the Russian legislation, the concept of ‘cryptocurrency’ is not fixed, as there is no ban on conducting transactions using virtual currency,” Nino Tsiklauri, the senior legal counsel for Burger King in Russia said.
The Russian finance ministry and the central bank are currently working to provide a legal framework for cryptocurrencies while working on a draft law to be completed by the end of the year, according to the Minister of Finance.
A partner from the A2 law firm, Mikhail Aleksandrov described the case of the Whoppercoins more closely resembling coupons than currency.
“It’s more of a marketing story, not a payment story,” he described, as reported by Vedomosti.
–WN.com, Maureen Foody