Two of China’s Largest Cryptocurrency Exchanges Will Shut Down By Oct. 31

OKCoin and Huobi, two of the biggest cryptocurrency exchanges in China released statements on Friday that detailed how they would shut down all trading between bitcoin and yuan on their exchanges by October 31st, according to Business Insider.

Each company released their own statement on their websites that said trading using the digital coins would be permitted for the time being.

Bitcoin reacted violently to the news on Thursday of a crackdown from Chinese authorities on the cryptocurrency but it’s rallied on Friday to be up 14.1% at $3,706 a coin at 10:59 a.m. ET Friday.

The price had collapsed the day before by 16% against the dollar and continued to slide down on Friday morning while the future of the cryptocurrency and other digital coins was being debated on in China, one of the largest markets for cryptocurrencies.
BTCChina, the second largest Chinese exchange said on Thursday that they would stop trading by the end of September, while another exchange, Yunbi, said it would shut down trading operations by Friday, according to CoinDesk.

Some Chinese regulars began to show signs of a change of heart about the markets on Thursday night.

Charlie Lee, the creator of litecoin, one of the largest cryptourrencies by market cap, tweeted that OKCoin and Huobi were set to meet with regulators on Friday.

Many in the community had hopes that it would be a turning point with the government and that the exchanges would be able to convince the regulators to let them continue.

Li Lihui, a senior official at the National Internet Finance Association of China and a former president of the Bank of China, said that regulators should be collaborating with different countries on how to deal with cryptocurrencies on Friday. 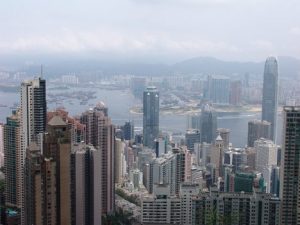