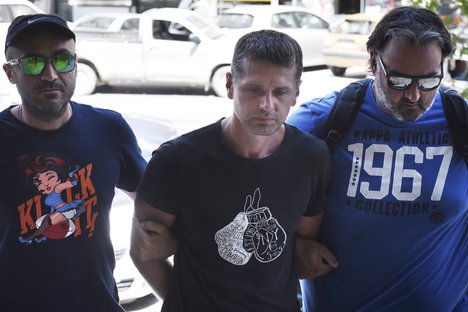 Following his arrest for laundering more than $4 billion in bitcoin in addition to several other crimes, alleged BTC-e CEO Alexander Vinnik continues to maintain his innocence, Cryptocoin News reported Thursday.

A Russian national, Vinnik was arrested in July while vacationing in Greece and despite his assertions he should stand trial in Russia, a U.S. grand jury indicted him on 21 counts – most notably laundering funds from Mt. Got, the report said.

If he is convicted, the report said, he could face up to 20 years in a federal prison.

In an interview with news outlet Russia Today, Vinnik continued to maintain his innocence, saying: “The fact that I worked at BTC-e and performed my duties, and it’s not justifiable to accuse me of it. I learned about the charge about a month after I was taken into custody. This was told to me by my Russian lawyer.’

Vinnik is currently in Greek custody while the U.S. Department of Justice works to extradite him, the report said. He has refused to waive his extradition because, the report said, he doesn’t understand what right the U.S. had to put him on trial.

He told Russia Today, “because I believe that I did not do anything illegal….I do not understand what the U.S. has to do with me and what right they have to judge a Russian citizen.”

Meanwhile, his wife gave a separate interview to Russia Today, saying she believes the U.S. government arrested him so they could exploit his intellectual abilities, Cryptocoin News reported..

Vinnik disputes he led BTC-e, instead claiming he was an employee who just did his job, the report said. BTC-e, meanwhile, denies Vinnik was ever employed by the exchange.

BTC-e has recently begun its relaunch with an update posted Sept. 13 saying the revamped exchange will open on Friday. The company intends to directly refund 55 percent of cryptocurrency deposits to users and pay the other 45 percent with Bitfinex-style tokens, the report said. 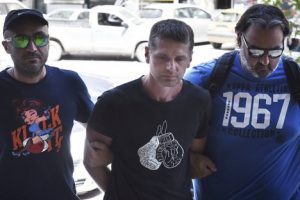