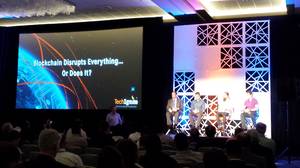 Blockchain companies look to the future in light of China’s ban on ICOs, The Cointelegraph reported Wednesday.

While some companies were forced to adapt to the new regulations, Jaxx founder and CEO Anthony Diioro called the decision a slight “hiccup” in the rapid growth of the financial technology industry, said the report.

“Information wants to run free, be free, and “value” is information, 1’s and 0’s” — Anthony Diioro, Jaxx founder and CEO

Diiorio said future attempts to oppress individuals of the fintech world would not show any long-term results, the report said.

“Countries and government whose goals are to restrict the flow of value, to keep it within their borders, will be missing out on crucial opportunities,” said Diiorio. “They will miss out on the opportunities to develop new emerging sectors and to discover new ways to create true value in the world.”

Diiorio also expressed the belief that governments and economies which chose to govern their regulations based on their “fears” will do their people more harm than good, the report said.

“The future is very bright when it comes to payments and financial services overall. For decades we have been working with legacy antiquated systems and have come to a point now where it’s not efficient to continue,” said Basiladze. “Blockchain has come along to unravel the complexity built up over the years and provide a truly secure, immutable, and scalable infrastructure, which has never been achieved.” 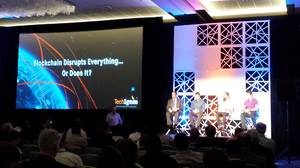