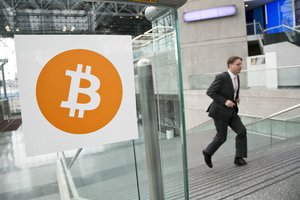 The price of bitcoin dipped below $4,000 Wednesday despite a decent recovery amidst rumors of stricter regulations, Coindesk reported.

At about 3:15 p.m. UTC, the average value of the bitcoin fell to a record low in global exchanges since Sept. 10, the report said.

The drop in price occurred during a period of uncertainty for cryptocurrency, considering the difficulty faced by the market for the first half of 2017, said the report.

While the bitcoin price rising 1.7 percent in the past month, the cryptocurrency market as a whole has seen a 3.4 percent improvement, the report said. This was still a decline of more than 17 percent from its record high.

Rumors of Chinese involvement with domestic order-book exchanges have been a point of interest for many investors partaking in the industry casually, said the report.

High profile community members have been attempting to dispel concern, questioning the accuracy of such rumors, said the Coindesk. Primary sources in the matter have not clarified the situation, further adding to the alarm.

China-based exchanges are still in commission, making it likely they do not yet know of any drastic changes to the system, the report concluded.