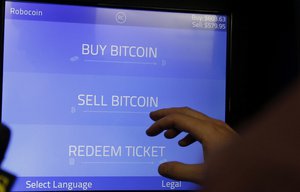 Startups and blockchain projects that have recently completed ICO campaigns were requested by the bank to refund bitcoin and Ethereum raised during their ICOs to protect investors, the report said.

CnLedger, a local bitcoin and cryptocurrency news source said: “PBoC bans ICOs. From now on, no organizations and persons in China are allowed to raise funds via ICOs. Fund-raising platforms are not allowed to provide trading and exchange services. Raised funds should be ‘cleared up’ and refunded to protect investors.”

Health Mutual Society, a blockchain project, has already refunded all the funds they raised in bitcoin and Ethereum, a statement released by their development teams said, saying “the fund collected will be returned to supporters’ accounts. The refund schedule will subject to ICOINFO’s announcement.”

The impact of the Chinese government’s abrupt crackdown on ICOs and strict regulation of the market has been evident on the price trend of Ethereum, bitcoin and the entire cryptocurrency market, the report said. The market cap of Ethereum declined by a staggering $6 billion within a 24-hour period, while bitcoin price dropped by $200.

A full investigation by the US Securities Exchange Commission (SEC) and the PBoC has now been launched on any company organization and individual raising funds through ICOs and token sales, the global ICO market and ecosystem will likely change drastically in the upcoming months, the report said.

Like EOS, the most successful ICO in history which raised more than $180 million during its campaign, the vast majority of blockchain startups will relocate to Switzerland and other countries like the UK that have friendly regulations toward blockchain companies, Cryptocoin News reported. In its ICO campaign, EOS published a document entitled “Token Purchase Agreement” which read:

“EOS Tokens do not have any rights, uses, purpose, attributes, functionalities or features, expressed or implied. Although EOS Tokens may be tradable, they are not an investment, currency, security, commodity, a swap on a currency, security, or commodity or any kind of financial instrument,” the report said.

Chinese blockchain startups, the report said, can follow the roadmap of EOS and relocate to more regulation-friendly countries.In May, Bitcoin and security expert condemned central banks and government entities that were preventing bitcoin and cryptocurrency startups from making progress and growing at a rapid pace, Cryptocoin News reported. 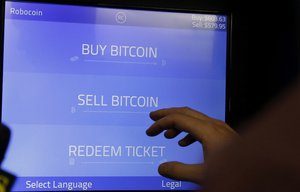