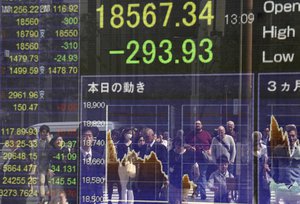 The total market capitalization of cryptocurrencies continued to grow, reaching a new all-time high on Thursday of $171.8 billion, according to CoinMarketCap.

That amount represents an 850% increase from their value of $17.7 billion at the start of this year.

Analysts say that the crypto market will continue to grow for a number of reasons.

A steady supply of corporations using Initial Coin Offerings (ICOs), along with a rising number of funds that trade cryptocurrencies and the sustained interest of investors are all helping the rise of the cryptocurrencies.

Companies have raised almost $1.3 billion through ICOs during the first half of 2017, according to figures from research firm Autonomous that was reported on by CNBC.

FinTech firms actually raised more through ICOs during those months this year than they did through traditional venture capital investment.

“The ease of fundraising via an ICO is drawing both entrepreneurs and investors away from less effective capital raising channels,” said Brad Chun, chief investment officer of hedge fund Shuttle Fund Advisor.

Another factor could be the growing number of hedge funds that are focusing on the digital assets that are rising their values.

Currently, there are more than 50 hedge funds that focus on the cryptocurrencies, according to data provided by Autonomous NEXT and reported on by Business Insider.

The total market cap of cryptocurrencies have climbed more than 800% this year, according to CoinMarketCap, with many investors turning to digital currencies and raising their price levels to record highs.

“The market is in the midst of a phase shift upwards towards greater adoption,” said Hayes. “This positive momentum will continue to attract new money into the ecosystem.” 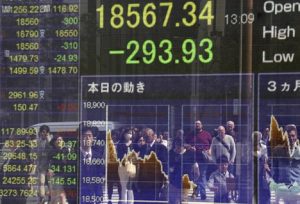